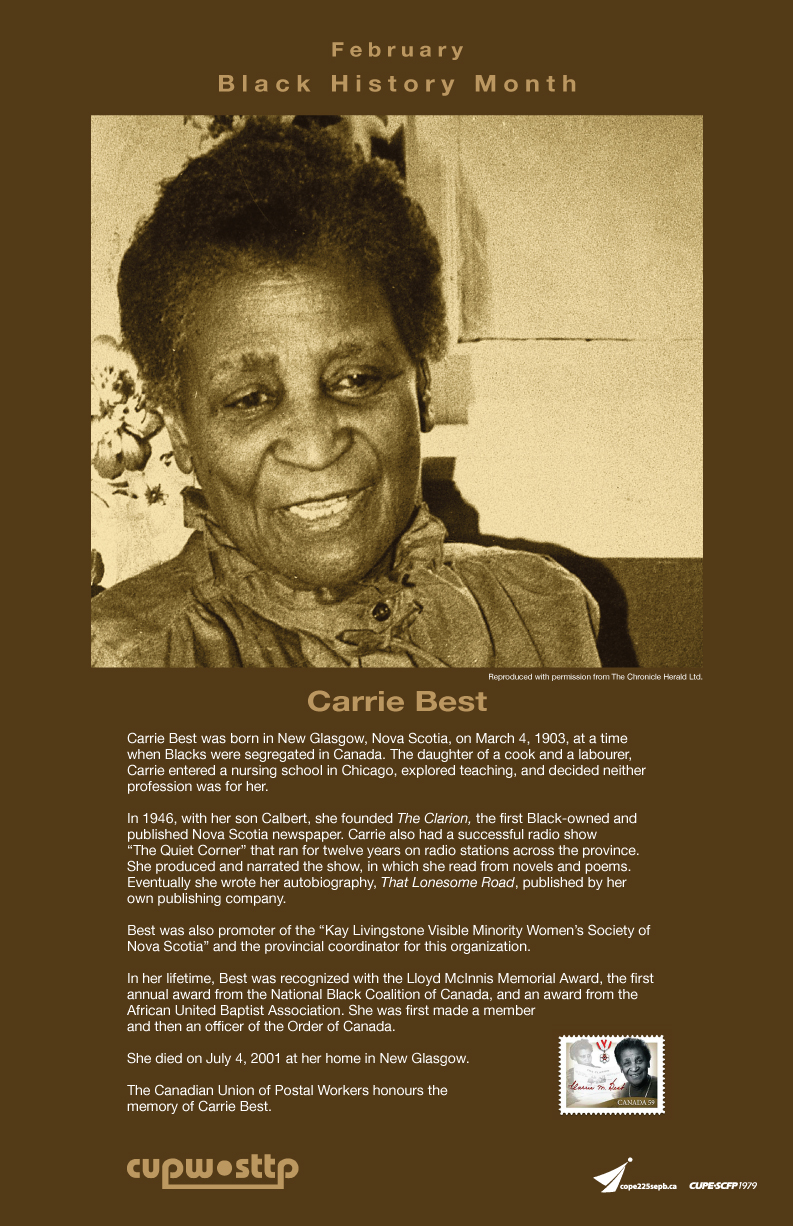 Why is there a Black History Month?

Although African-Canadians have been present in Canada since the early 1600' s, their contributions and histories have often been omitted from the official record.

What is the History of Black History Month?

Black History Month began in the United States as "Negro History Week" in February 1926 through the work of African-American scholar, Dr. Carter Woodson, who proposed the week as an observance in honor of the accomplishments of Black Americans. In the 1970s, the United States began to formally celebrate black history month. Through community events and activities, organizers sought to present a more balanced and accurate picture of black history.

In 1979, Toronto became the first municipality within Canada to proclaim Black History Month through the efforts of many organizations and individuals.

In February 2008, Senator David Oliver, the first black man appointed to the Senate, introduced a motion to have the Senate officially recognize February as Black History Month. The motion received unanimous approval.

Black History Month gives us an opportunity to acknowledge and celebrate the many contributions made by Canadians of African origin to Canadian society and our union.

This year, CUPW is celebrating Carrie Best with a poster. Best was a remarkable black woman who was born in New Glasgow, Nova Scotia in 1903. In spite of the times, Best defied the odds to become a successful poet, author, journalist and civil rights activist.

We hope your local will join us in celebrating Carrie Best and Black History Month throughout February, and reflect on what you can do to make the world a more inclusive place.