There are no events for this month. Please select another month.

Postal Banking - A Bank for Everyone

Moving Forward for the Membership

Posties on the Road Again in Southern Ontario

The post office can be amazing: together, we are changing the game! 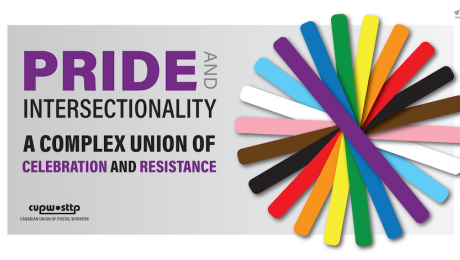 Dear Minister Foote: We have been informed that the Standing Committee on Government Operations and Estimates will not be accepting submissions when the Committee holds public consultations this fall in connection with the Canada Post Review. As you know, the acceptance of briefs or submissions is normal practice for Committees. Unfortunately, the Standing Committee in question has decided to depart from this practice. It will only conduct e-consultations and hear witnesses in a number of locations. This process will most likely exclude close to 20% of Canadians who do not have access to the Internet (Source: Statistics Canada, 2012).

Committee’s Decision to Not Accept Submissions about Canada Post

Dear Mr, Lukiwski: I understand that the Standing Committee on Government Operations and Estimates will hold e-consultations and public hearings in various locations in connection with the Canada Post Review. I also understand it has decided not to accept briefs or submissions, which is normal practice for committees. CUPW would like to request that the Committee reconsider its decision and allow Canadians to make submissions. We believe this would open up the consultations to people who will not be able to participate in the Committee’s main vehicle for input, the online survey. Close to 20% of Canadians do not have access to the Internet (Source: Statistics Canada, 2012).

The federal government appointed an independent task force earlier this year to identify options for the future of Canada Post. It said that everything but postal privatization would be on the table. This fall, a parliamentary committee will be consulting with Canadians on postal service and the options identified by the task force (Note: taskforce report due in September). It will make recommendations to the government by year’s end.

Dear Minister Foote: It is our understanding that the Clerk of the Standing Committee on Government Operations and Estimates has asked committee members for witness suggestions for the public consultations being held this fall in connection with the Canada Post Review. It appears that they were asked on July 13th to send suggestions by July 19th. This is not a reasonable amount of time. Also, it is not clear whether anyone other than committee members will be allowed to make witness suggestions.

OTTAWA- For several months now, postal workers have been sounding the alarm about slippery gravel scattered by a Canada Post contractor around Orleans mailboxes and they’re not getting any answers, either from Canada Post or from Labour Canada.

Our Postal Service is Under Review: What’s In It For You?

The federal government says it wants to ensure that “Canadians receive quality postal services at a reasonable price.” It’s asking Canadians for our input. So, how do you think our national postal service should change with the times?

After more than six months of difficult and frustrating negotiations we need to send Canada Post management a strong message. “Address the Union’s proposals for equality, job security, improvements, full-time jobs and healthy working conditions and drop your demands for rollbacks. And do it now!” This strike vote is about the future – our future. At stake are our pensions, wages, benefits and working conditions for years to come. This is our opportunity to tell the employer where we stand and that we deserve better.

Our post office is under review - Have your say!

The federal government has appointed an independent task force to identify options for the future of our postal service.

OTTAWA – The federal government’s long-awaited announcement of a review of Canada Post is welcome news for Canada’s postal workers, who are looking forward to the public having a say in what tomorrow’s post office can do for the country.

Fighting for Sick Leave, Waiting for that Review

Still no news on the promised public review of Canada Post, apart from some vague comments Minister Judy Foote recently made to

Canada needs a postal bank. Thousands of rural towns and villages in our country do not have a bank, but many of them have a post office that could provide financial services. As well, nearly two million Canadians desperately need an alternative to payday lenders. A postal bank could be that alternative. Download and sign the petition urging the Government of Canada to instruct Canada Post to add postal banking, with a mandate for financial inclusion.

Our Events Calendar lets you stay up to date.

We also issue bulletins and media releases to our members and the media.

Congratulations Minister Qualtrough. Now, we have work to do.

Labour movement makes it clear where we stand – CLC convention 2017

The Facts: Postal profit vs. loss

Door to door is back but where’s the postal bank?

Amid a Busy Year, a Crucial Review of our Postal Service

“This isn’t over”: postal workers conclude presentations to postal review, warn Liberals may be prepping for cuts